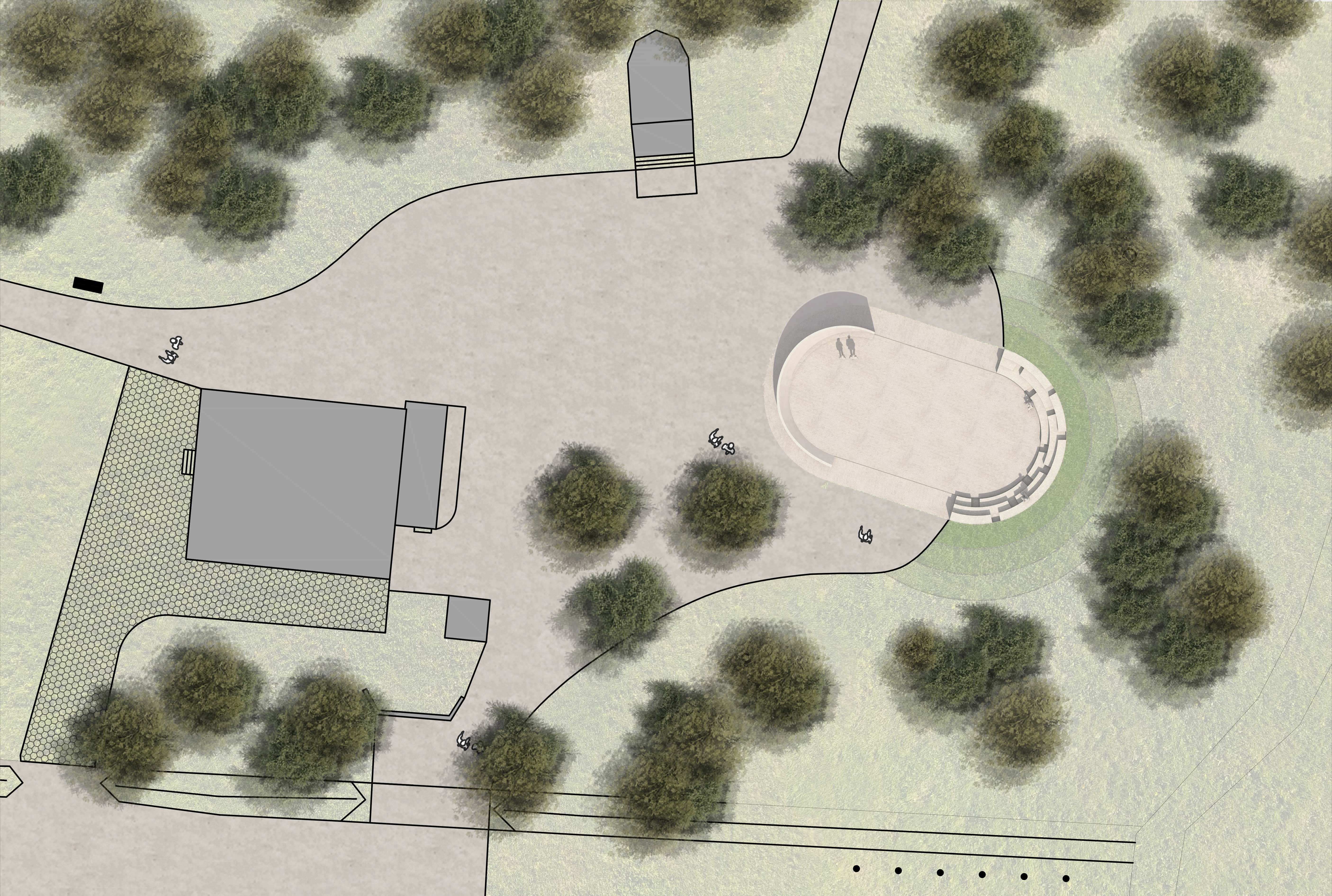 A wider range of the Barutana Memorial Area contains the contrast of dense oak woods and open space with remnants of the effects of the explosion. The proposal for a new promenade retains and respects the existing directions of movement by adding a circumferential south promenade. The focus of this proposal is to look at the whole and the relationship of movement with minimal intervention in vegetation and the environment. The roads themselves are defined by invisible, buried curbs, and filled with compacted sandbanks. The added effect of highlighting individual units is achieved by selective mowing, bench layout, info panels and lighting. Parts of the lawns along the roads are mowed low to confirm the pedestrian corridor and create new space for other amenities (stay, rest). The central grass area (bounded by Put branitelja) would retain high grass vegetation, directing communication from the narrower area to the Barutana space, while also achieving a coherent spatial whole.
MEMORIAL AREA is made a of a semicircular stepped amphitheatre conceived as a site of contemplation for visitors and the facing curved relief plots as a place of joint commemoration. Both elements are joined by an oval, raised base to which a slight slope leads. Eleven cubes were excluded from the seating area, symbolically depicting the absence of casualties. On the surface of the relief are mutually pressed negatives of trunks of eleven oaks that symbolise an explosion that took their lives. These traces, which are visually read as strong graphisms, in their raster and cross-section are associated with the multiplication of the cross as a symbol of sacrifice and suffering.