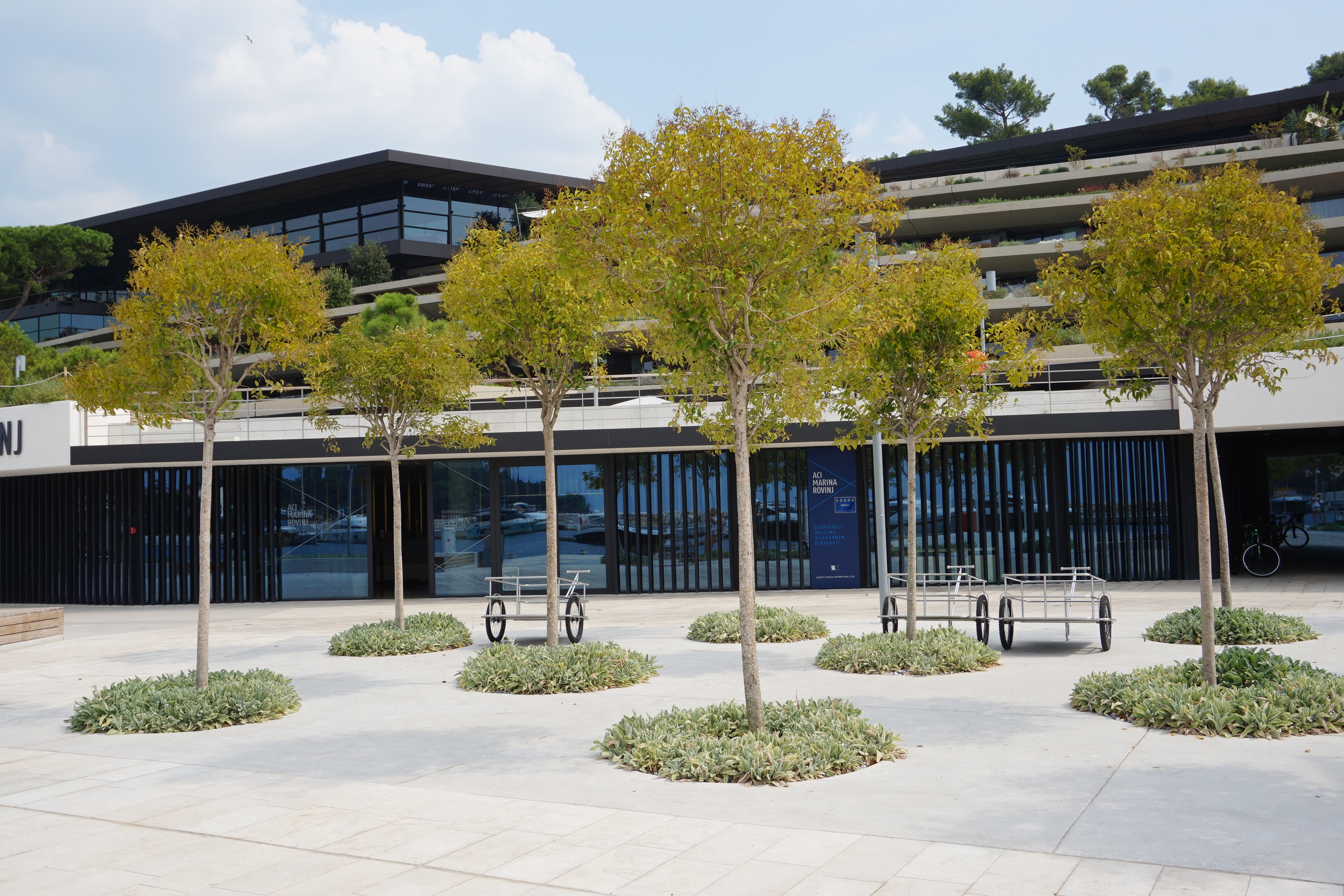 The spatial solution contributes to this part of the city with its concept of new functions that fit into spatial relationships as they step down to the sea. Their spatial exposure is also reduced by the use of rooftop gardens that mask their appearance at the promenade level (which is clearly emphasized by the views from the marina itself). Thus, space is maximally integrated into the landscape, and therefore the introduction of Mediterranean plant species strongly mimicry the character of the landscape. The area at the level of the seashore is defined by the areas for walking and the occupancy of the space users, so it contains in the special structures tree trunks that play an important role in creating shade, but also in introducing new plans in spatial views. The mentioned structures also carry a plant undergrowth in the form of lower shrubs to soften the spatial view. The second zone (promenade) is located at a higher altitude, and the first zone is connected by stairs and ramps. As part of the green space of this zone is above the garage, they represent the space of the roof garden. The composition shape is characterized by polygonal forms which are then complemented by the same formal features within the green areas. The composition is therefore also adapted to the elements on the square itself – pools with green elements. The green areas are made of indigenous Mediterranean plants. The design of open space stems from the valorisation of existing qualities in the field, which is why the high vegetation of pine trees and pine trees is recognized as a spatial element that was the inspiration for the solution. Therefore, new tree species build on existing high vegetation. This increases the ecological value of the area and provides ecological links to the surrounding green spaces. At the same time, high vegetation is positioned as a dynamic backdrop in front of a building that mitigates the spatial edges that will be created by the construction of new structures. Plants in the roof garden and in other residential areas play a significant role in this function.